Posted on August 14, 2014 by storiesretoldblogger

It has been three years since I made my last posting about John App and his journey west in 1850 for the California gold rush. To bring everyone up to date, here are some important facts you will need to know to make sense of what I will be posting about next.

John actually discovered a gold mine in 1852 and it was one of the largest producing mines in the “southern mine” area. The southern mines are the gold-producing mines at south-east end of California’s “Mother Lode”. The Mother Lode was a narrow (1 to 4 miles wide) but rich gold-bearing area that stretched northwest to southeast for 120 miles in the foothills of the Sierras in California.  It operated continuously from 1856 until 1920 and produced over $1,000,000 of gold in its first 10 years of operation.

John App was a detailed oriented person in all aspects of his life, so it was our good fortune that his hand-written diary survived the trip and the years so that we can read it and learn from it. Read this posting for the start of the diary and the beginning of his journey: https://storiesretoldvideo.wordpress.com/2011/03/05/john-apps-1850-gold-rush-journey-on-the-california-oregon-trail/

Since 2003 I have used John’s diary to follow his journey over the Oregon-California Trail by dividing the trip into five segments. The first four segments have been completed (me travelling by car) in 2003, 2005, 2008, and 2010. John’s last diary entry was made on June 23, 1850 when he expresses his exasperation regarding some of the travelers along the emigrant trail. This entry places him at approximately present day Elko, Nevada. There are no further entries in the book that we have but, undoubtedly, John maintained a continuation of his diary in another book which we do not have. Read his last posting here: https://storiesretoldvideo.wordpress.com/2011/06/23/john-apps-june-23-1850-gold-rush-diary-entry/

Segment five of his trip will recreate the history of John App’s from the time of his last posting until he discovers a quartz-bearing gold mine near present day Jamestown, California, marries Leanna Donner (a surviving daughter of the Donner Party), homesteads and lives a successful life as one of Tuolumne County’s pioneer citizens. Read this post to understand more of what should be discovered in segment five: https://storiesretoldvideo.wordpress.com/2011/06/28/ja/

On August 13, 2014 I began segment five of John’s journey by visiting Nevada City in Nevada County, California. We know that arrived in California in the summer of 1850 and learned hard rock mining techniques in what is present day Nevada County and Amador Counties in California. These areas were in the northwest end of the Mother Lode which had (easily) over a hundred mines and thousands of miners each looking to find their fortune discovering “placer” gold (gold that lays on the ground in rivers, etc. for which miners would pan) or quartz-bearing gold veins (gold embedded in quartz rock that must be mined in shafts underground). Unfortunately, most miners returned back home in the east with nothing more than an interesting experience. But, John App was a very intentional character and carried through his mission to be a successful miner whether it was gold or silver.

There were really only two ways to follow the California trail (now it is the California Trail as it split with the Oregon Trail a long-time before at one of the many points referred to as “the parting of the ways”) and arrive at Nevada/Amador counties in California. One trail was over Donner Pass north of Lake Tahoe and the other way was south of Lake Tahoe. The northerly route makes sense for John since it was shorter, easier, and a proven route. It took some time to learn quartz mining techniques but John learned well. In early 1852 a gold strike near Sonora, California was announced and John decided to put his prospecting skills to use in that place.

“How did he get from the northern mines to the southern mines?” is something that we know mostly, but not totally, and the full answer may depend on the answer to the pivotal question for this trip: “why did he travel the route that he travelled to get to the southern mines?” There were two ways to get to Sonora from the northern mines. One was south through the valley to Sutter’s Fort (Sacramento) and then on to Sonora. This appears that it might be the easy way. The second was to travel east short distance into the Sierras and approach Sonora through the mountains. This appears to be the hard way. John’s character dictates that he would use a proven easier route, but it could be that there was no proven route at that time. If there was an easy route more miners would have arrived in Sonora sooner than they did to prospect. 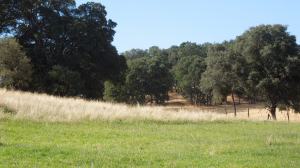 View of the area of California’s Northern Mines

I am an Elkhart, Indiana native and became interested in applying video to history when consumer video cameras were first introduced on the market in the late 1970’s. My production company, Stories Retold, specializes in preserving oral history, traditions, and values with video. Primarily interviewing individuals, I sometimes document families, and on occasion document an entire community. My niche is developing a personal relationship with clients which helps me to tell their story just the way they would like to have it told. Everyone has a story worth preserving, and I enjoy discovering interesting stories from people with whom I come into contact on a daily basis. In years to come, these videos will be priceless as they portray original stories complete with visual images and actual voices filled with all the primary material and emotion that was intended to be. I gain a strong sense of personal satisfaction with each completed project whether it involves an individual or an entire community.
View all posts by storiesretoldblogger →
This entry was posted in California-Oregon Trail Posts. Bookmark the permalink.